1:23:04am on April 26, 1986 Soviet scientists begin an experiment, shutting down the turbines in Energy Block #4 of the Vladimir Ilyich Lenin Power Station at Chernobyl. 1:23:58am extreme vapour pressure from a build up of steam in the cooling system causes a sudden explosion which tears off the reactor's 2000-ton upper plate. A few seconds later a nuclear excursion, a more powerful explosion accompanied by a huge surge of neutron radiation fires into the early morning sky.

By 1:26am, a fire alarm is raised and fire-fighters, both local and from the nearby town of Prypiat, arrive. The firefighters have on only their canvas uniforms which are completely insufficient to shield them from the radioactive caesium, iodine and strontium isotopes shot into the air from the raging fire. They are the first ones to suffer from radiation poisoning and are in hospital before the official party explanation of a gas explosion is abandoned. As people drink their tea on their front porches and watch the beautiful "kind of shining" fire in the distance unknowingly ingesting the radioactive dust, Soviet authorities deliberate and eventually give the order to evacuate an area of 300,000 hectares – which includes the city of Prypiat, population 30,000.

Chernobyl becomes a global event within just over a week. Gaseous airborne particles are measured in India, the US and Canada. The Soviet response of mass mobilisation of 500,000 reservists provides an approximate equation of manpower and nuclear power but never really indicates the cost in life and the effort and balls involved in the cleanup process. 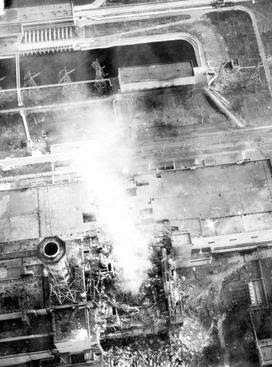 The unprotected troops that throw out the sacks of lead from helicopters just above the column of radiation which shoots out of the reactors core. Of the 600 that do this – all will eventually die of radiation poisoning. Another example, is the miners, drafted from outside the exclusion zone. Given the task of working in three hour shifts, 24 hours a day they tunnel under the reactor, digging out a room to be used for a refrigeration unit to cool down the white-hot radioactive magma above. Consider this for just a moment, the sweat and the dirt, the heat and the imminent danger from tunnel collapses and trapped underground gasses all native to mining, exacerbated by an operation thrown together and run round the clock. Only now, you’re under a radioactive core and white-hot magma, which has already cut through the concrete supports of a nuclear power station, is now eating its way down toward your head. Failing to stop the magma would result in a cataclysmic explosion once it reached the watertable not far below. Radioactive steam would then shoot up contaminating the air while much of the water supply of Eastern Europe would be undrinkable.

But perhaps the most unsettling are the "Bio-Robots" – troops given the task of removing ultra-radioactive detritus off the roof of the reactor so a massive concrete sarcophagus can be placed on top. To give some idea as to just how radioactive this area was – the original plan was to have full sized remote controlled trucks do the work. These trucks had their interiors lined with lead and even then the radiation was so strong that it played havoc with their electronics causing them to go berserk – one flinging itself off the edge and into the melting reactor – a pretty terrifying prospect if you were then asked to replace it with yourself. The Bio-Robots had to sew their own protective suits in a single night and only then could work for 30 seconds at a time to minimize their exposure. They would do this only once or twice per person. There has been little documentation on the survival rates of these bio-robots but one would think it not good considering accounts the taste of lead never went away.

Eventually the hastily constructed sarcophagus was put into position, sealing off the core and smothering the blasting radioactivity to a mere trickle. Technically, the people of Prypiat were never allowed to return although some of the older members did, highly sceptical that an invisible thing like radiation could harm them, or just too old to care.

In 2010 the Ukrainian government opened up the exclusion zone to tours. They were running before, illegal but unchallenged. Why would anyone want to enter the exclusion zone, to cop a serious helping of radiation? Simple morbid curiosity? Perhaps. But I think the answer is a mix of the past and future.

From the moment the Berlin wall fell, and the door to the Soviet experiment was shut  forever, Soviet life stopped being a reality and became a relic. Any attempts to preserve a bygone way of life always comes off forced and sterile while to recreate one comes off kitsch and contrived. That's because usually there is no 30 km exclusion zone and the historical world has to coexist with our own. What is fascinating about Chernobyl is that the exclusion zone forms a reverential veil as if it's clear that you're invading another world instead of another world invading yours.

The authenticity would be pitch perfect too as the inhabitants by and large were evacuated and never returned. I was once told a story by a man that went there. He kicked open a door of a room in a abondoned hotel and saw a pair of pants folded on the end of the bed. That means that minus looting everything everywhere would be exactly as if it was lived in by Soviet citizens specifically because it was lived in by Soviet citizens.  In other words - you get to walk around in a world that really did exist by no longer does. 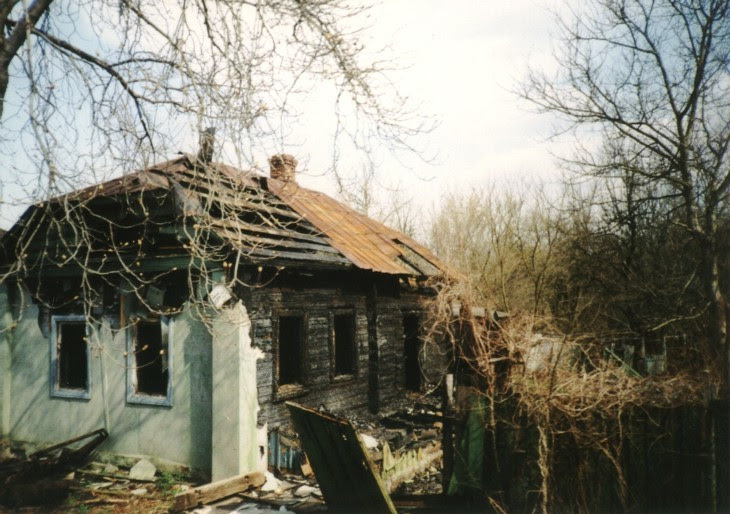 You only have to cast your mind back to last year to the Fukushima disaster to know that we're constantly rolling the dice when it comes to nuclear power. Taking this, and a quick nuclear warhead count, into consideration - it doesn't take a doom-sayer to entertain the possibility of mankind turning at least a portion of the earth into a gigameter-clicking wasteland. To anyone that has wondered "What will it be like after we're gone?", the Red Forest is an area inside the exclusion zone which has concentrated radioactivity. It is home to an increasingly diverse range of wildlife, including wild boars and wild dogs. The return to wildness is a particularly chilling note to strike considering domesticity is mankind stamping his own character on the natural world. Despite the legacy of centuries, within the space of a decade this stamp vanishes.

The empty city of Prypiat is fading too, and nature is reclaiming it. As the the billboards fade and the cement cracks, new saplings push through those cracks. Most buildings are now too unstable to enter but the vistas of long, overgrown, Soviet avenues, cars along its fringes would be profound. Within sight, down at least one of them on the horizon is reactor #4. No one is quite sure exactly what is happening under the concrete shell but there is still the hum of radiation, like a search beacon, alone and marooned in the night sea.

Email ThisBlogThis!Share to TwitterShare to FacebookShare to Pinterest
Labels: Chernobyl